Girl Scouts: A Place for Every Girl 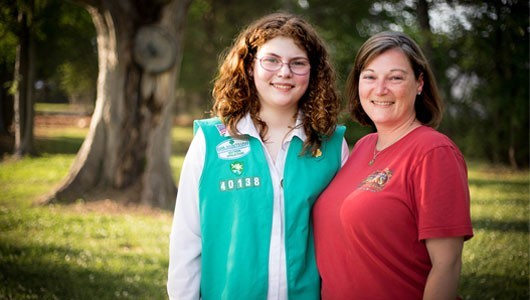 From a young age, Mattalyn loved to explore how things worked. When she was only four years old her uncle bought her a Holley carburetor that she loved to take a part and put back together with a toolkit she received for her birthday.

More recently, Mattalyn helped her dad find a blockage in his four-wheeler that was preventing it from running properly.

However, not everything comes as naturally for Mattalyn. She was diagnosed with autism as a child and is prone to anxiety, struggles with her handwriting, and takes more time to remember people’s names.

“With her autism it’s never been easy for her to step out and do something,” said Amanda, Mattalyn’s mom.

But Mattalyn isn’t going to let any of this stop her from living the life she wants for herself. This year, that included joining Girl Scouts.

Mattalyn’s cousin is a Girl Scout and she’d heard a lot of good things that made her want to sign up and become a Girl Scout herself.

“Just hearing about how Girl Scouts was—it always sounded like a fun experience,” said Mattalyn. “I wanted to join for a long time. It just sounded like a blast.”

Amanda had always encouraged Mattalyn to open up and get to know new people but even she was a little surprised when Mattalyn asked to join Girl Scouts. Attending that first troop meeting together, both mother and daughter were nervous.

Mattalyn stayed close by her mom for the first couple of meetings but it wasn’t long before she took the leap and jumped right into the activities with the other girls.

“As a parent of a child with autism, a lot of people assume that they don’t talk or they don’t interact,” said Amanda. “A lot of them aren’t like that, they want to join in—[but] they’re scared. A lot of them just want to be accepted.” 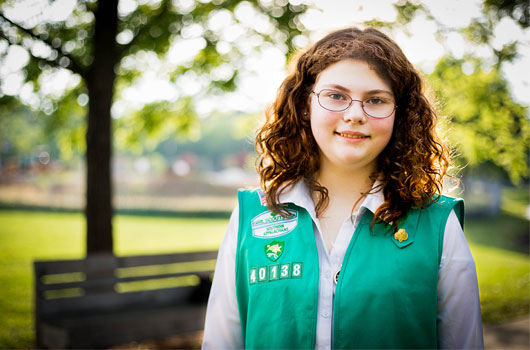 For Mattalyn, Girl Scouts has provided her with that acceptance.

“It’s been a great experience,” says Mattalyn. “I’ve gotten to meet so many fun and funny girls.”

Amanda isn't the only one who has seen a change in Mattalyn. Her new-found confidence has spilled over into other areas of her life. Her teachers have told her mom that since joining Girl Scouts Mattalyn hasn’t been as shy in class. She’ll raise her hand and participate in group activities.

Mattalyn will tell you herself that Girl Scouts has taught her “it’s about getting out of your comfort zone and showing who you truly are.”